When John Belton is asked about Black History Month, he talks about his hero, his father.

Published by the National District Attorneys Association in their April issue of The Prosecutor.

John Belton, District Attorney for the Third Judicial District in North Louisiana, attributes his strong faith and perseverance to his father, Willie Belton. Willie was a decorated veteran of the Korean War who became an owner of several businesses, and a civil rights leader.

Willie Belton was shot and wounded saving another soldier during the Korean War and was highly decorated for his bravery, but when he returned home, his own country denied him certain rights. “At that time — schools, water fountains, and restrooms were all segregated and African Americans had to sit in the back of movie theaters and could not stay in
hotels,” Belton said.

Willie (Evangeline Parish) became an advocate for civil rights to help America live up to its creed that all men are created equal. He embraced the nonviolent teachings of Dr. Martin Luther King, Jr. and marched with Dr. King in Washington, D. C. and Selma, Alabama. He was president of the local NAACP chapter and a key figure in regional and state politics.

Belton’s father ran for State Representative in the 1970s at a time when minority districts did not exist. “He ran knowing he could not win, but his goal was to encourage African Americans not to be afraid to run for political office and to register to vote,” Belton said. “He received death threats, and I distinctly remember state troopers in our front yard after he was shot at while standing in the front yard,” he added.

Belton’s father’s actions and encouragement to not be afraid to run for public office was an important factor in his decision to run for District Attorney. Many of his friends, colleagues, and family members did not think he could win in a majority white, conservative district (Lincoln and Union Parishes). In November of 2014, Belton became the first African American District Attorney in the district’s history. He was re-elected in 2020 without opposition. 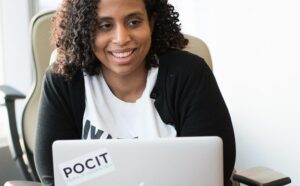